A rare English-speaking episode of the Cui Bono podcast hosted by Martin, Patrik and Daniel in Gothenburg, Sweden. This one is deep and far-reaching as we cover aspects of the awakening process and how this can bring both its problems and its sense of fulfilment in our lives, plus some spiritual principles, some observations of the tactics of the 'elite' control system, and of course, plenty on the manipulations of the satanic corporate music industry.
Posted by Musical Truth Book at 06:53 No comments: 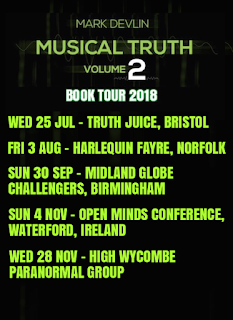 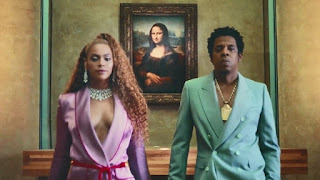 This won’t be popular. But the truth very rarely is.


Jay-Z and Beyonce? Well, they’re contemporary cultural icons, in touch with their roots and their people, and torch-bearers for issues affecting black communities everywhere, right? It’s certainly what their new joint album, ‘The Carters: Everything Is Love,’ would have you believe. As ever, though, the truth of the matter when it comes to these two, where they came from, and the effect they’re really having on cultural values, tells a different story.

The fact that so many mainstream reviews are heralding the album as some sort of meaningful statement on behalf of black people everywhere, indicates either child-like, mind-controlled naivety on the part of the writers, or complicity in the social engineering programmes for which these two have long been used. Joshunda Sanders of Harpers Bazaar, for example, describes the album as “the ultimate ode to black freedom,” (insert facepalm here.) Rolling Stone, meanwhile, talks of their “responsibility to society as black billionaires,” and of the new LP as representing “their growing black family dynasty.”

Now the truth. Jay-Z long ago sold his soul to the white/ Jewish-controlled satanic record industry, naming his record label, Roc A Fella, after a German-Jewish millionaire oligarch/ eugenicist. At almost 50 years of age, rather than maturing and becoming more reflective, and delivering messages of hope and empowerment for young people, he still raps primarily about how much wealth he has, and waxes nostalgically about his days of selling crack to further decimate the very black communities from which he now seeks approval. It’s so ironic that his entire value system - that of chasing personal material gain at any cost - is the very same as that of the masters who enslaved and subjugated his ancestors.

‘Black Effect’ is a particularly grotesque outing, where he attempts to re-assert his blackness and endear himself to “his people,” (complete with a new semi-afro in the promo video - filmed, incidentally, at The Louvre in Paris, further cementing his Establishment credentials.) He states: “I’m good on any MLK Boulevard,” and “I'm Malcolm X.” That's funny. I haven't noticed any assassination attempts on him as a result of his political activism any time lately. Also talk of collard greens and corn rows in further attempts to show he’s “down” with his fellow brothers and sisters.

Conscious rapper DISL Automatic nailed it in the lyrics to his track ‘Here I Stand’ when he stated:

“You sold your soul for material things, I give a fuck if people say that you’re a lyrical king.
"Ain't it funny how they love it when a grown man brags, 'bout the jewellery and money that none of his fans have?"

For a true insight into how much Jay-Z really values his wife when the official cameras aren’t rolling, meanwhile, check out his reaction to her worryingly bizarre behaviour at a sporting event in the video here.

For her part on this, Beyonce sounds about 60 years old, and with all her foul talk of ‘bitch”, “niggas” and “motherfuckers”, it’s a far cry from when she was presented to the world as one of the oh-so-sweet members of that nice, family-friendly Destiny’s Child.
The reality is that, in trying to portray herself as some kind of black goddess figure in the new promo shots, she’s merely doing what she’s told by her handlers - just as she has throughout her career - including the instruction to get together with Jay-Z to form a completely artificial black celebrity couple, rife for joint manipulation. And how the public - as well as mainstream writers who really should know better - have fallen for the con hook, line and sinker.

Just another day at the office in the sick, diseased entity that is the corporate “entertainment” industry.
Posted by Musical Truth Book at 05:42 No comments:

Listen to "The Degradation of Kanye West: Mark Devlin guests on The Infinite Fringe podcast with Billy Ray Valentine" on Spreaker.


A show in which we get into the artistic and spiritual degradation of Kanye West and how, in many ways, he is a personification of the debasement of the hip-hop genre, and even popular culture, generally.

From the show notes:

Kanye West has had a history of strange behaviour. All signs for MK Ultra mind control seem to check off with him. There is plenty of Occult symbolism and influence surrounding his super star run. Is his "Programming" breaking down? He has mentioned many times that his life is in danger. Is this the case? If so , why?
Posted by Musical Truth Book at 05:56 No comments:

Listen to "Mark Devlin musings on the nature of life and our shared reality" on Spreaker.

Not your average discussion from around the water cooler at work. These are some deep reflections on the Big Questions - the meaning of life, the nature of this reality as a teaching ground for souls to grow in wisdom, knowledge and morality, the way duality and other constructs had to be present in this reality for the lessons to work, Free Will and consequentialism, and the working off of karmic debt through successive lifetimes.

Here’s Tom with the weather.

(Excerpts from an interview with Charlie Freak for the Freaksense TV YouTube channel, 2018.)
Posted by Musical Truth Book at 19:19 No comments:

MARK DEVLIN CYNICAL RANT: THE OFFICIAL VERSION OF EVERYTHING

Listen to "Mark Devlin cynical rant. The official version of everything" on Spreaker.

The gifts of sarcasm and dry, sardonic wit are wonderful tools for navigating through this lunatic asylum of a reality. Here, they’re put to use in this cynical appraisal of mainstream thought and the hive mind, expressed through the tenet of The Official Version of Everything. (Excerpts from an interview with Charlie Freak for the Freaksense TV YouTube channel, 2018.)

Please share with anyone you feel may benefit from hearing it!
Posted by Musical Truth Book at 09:19 No comments: 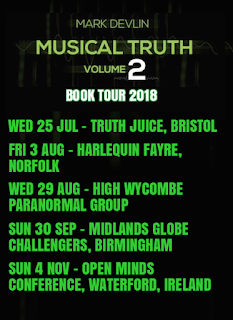 A handful of additional book tour talk dates upcoming. Full details of each are below.

THE SECOND SUMMER OF LOVE: THE 30TH ANNIVERSARY

Exactly 30 years ago the Acid House Second Summer of Love was in full effect in the UK. Its legacy is still being felt in electronic dance music and club culture today. Here’s a video showing me putting together my 30 Years of Acid House that was aired on the radio in December, documenting those early sounds.

And here’s the audio to the mix itself:

Posted by Musical Truth Book at 01:02 No comments:

THE SOUND OF FREEDOM, SHOW 84

Listen to "The Sound of Freedom, Show 84" on Spreaker.

TALIB KWELI FEAT. TEF POE & KENDRA ROSS: WHICH SIDE ARE YOU ON

JAH SUN FEAT. PEETAH. A HEART LIKE A LION

KEN BOOTHE: EVERYTHING I OWN

HARRY CHAPIN: CATS IN THE CRADLE

BURT BACHARACH FEAT. ELVIS COSTELLO: WHO ARE THESE PEOPLE

SPUR OF THE MOMENT. FREE URSELF!

Posted by Musical Truth Book at 11:45 No comments:

I guested on Jeff Berwick’s Anarchast podcast this week. Here’s the video.

Posted by Musical Truth Book at 05:58 No comments:

Here's my presentation delivered in my birth city of Oxford at last month’s Dreaming Saucers event, looking at aspects of Lifetime Actors, False Heroes and Role Models, and how these Chosen Ones are inserted into popular culture to influence the mindsets of large swathes of the public, with most remaining entirely unaware of how they've been bamboozled. The only way to avoid being scammed? No more heroes. They disappoint you every time.
Posted by Musical Truth Book at 00:31 1 comment: